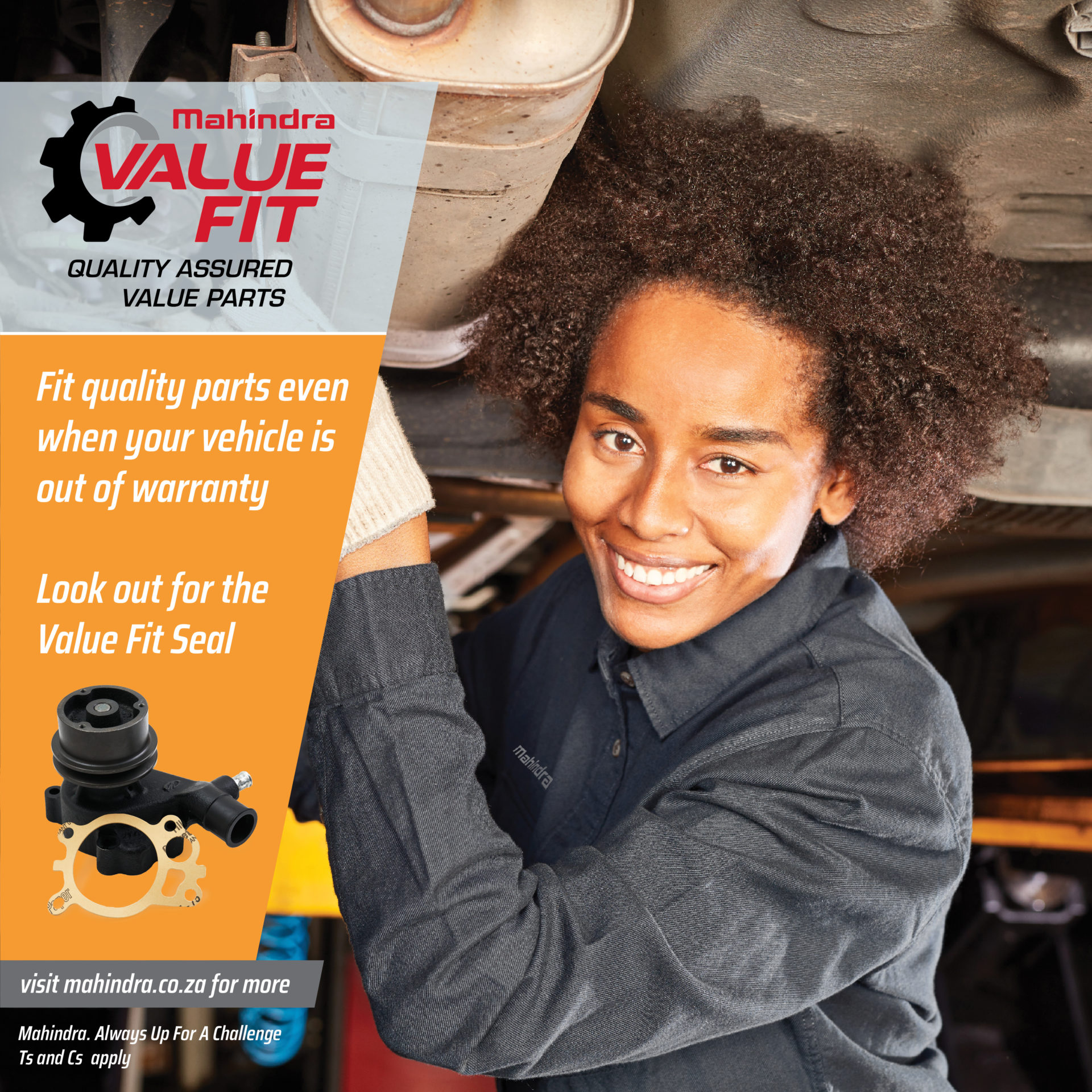 Even more value from the Value Champion

Called Value Fit, the solution comprises a comprehensive range of service parts that meet all the standards set by the global Mahindra group for its vehicles but are made available at a more affordable price.

The Value Fit parts are available under the slogan of “Quality Assured Value Parts” and it will offer the same peace of mind to owners of older Mahindra vehicles as is given to owners of Mahindra models still under service plan.

“Value Fit is our response to the growing parc of older Mahindra vehicles that are already out of their warranty and service plan period,” says Rajesh Gupta, CEO of Mahindra South Africa.

“With the range of Value Fit parts, the owners of these older vehicles can continue to service their Mahindras at their local dealership, thus keeping them in the best possible condition without stretching their budgets.”

Value Fit will be made available initially to owners of Scorpio, Bolero and Pik Up models. Usage studies show that these models are used extensively for both business and leisure purposes, clocking up high mileages and staying with their owners for many years after the expiration of the warranty and, where applicable, the service plan.

The parts will be made available to dealers through the same national distribution network currently used for service and repair parts. It means that both dealers and customers will benefit from the same rapid turnaround times that Mahindra has become known for.

“Earlier this year, we opened our new state-of-the-art warehouse in Linbro Park. The new facility is not only much larger than any warehouse that preceded it, but its 24-hour shift schedule and all-electronic management system allow us to receive and ship orders in record time,” says Rajesh.

Mahindra has become known informally as a true Value Champion after several independent testing authorities praised the company for its low cost of ownership. These accolades include praise and support from the late Malcolm Kinsey, who showed in his Kinsey Report of the cost of service and repair parts that Mahindra is not only affordable to purchase, but also to own and maintain.

In similar fashion, the rankings from the last Fuel Economy Challenge held before the pandemic, showed that Mahindra was one of the three most frugal brands when it came to fuel consumption of both their petrol and diesel vehicles.

“For Mahindra, cost of ownership is much more than the showroom price. It is influenced by the vehicle’s durability, the cost of services and service parts, and the trade-in price of the vehicle at the end of the ownership cycle. This is of course also influenced by brand reputation and the service levels of Mahindra dealerships. We are working hard to offer the best value and service to our customers along every step of that process,” says Rajesh.