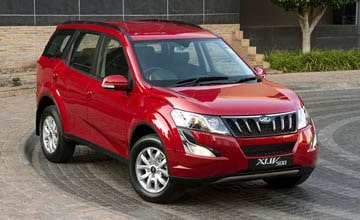 Mahindra declared as the Most Improved Passenger brand for 2016

Mahindra South Africa has reason to celebrate after a strong showing in the annual dealer satisfaction survey conducted by the National Automobile Dealers’ Association of South Africa (NADA). The results of the survey were announced at a gala dinner last week.

Mahindra was acknowledged as the Most Improved Passenger Brand by its dealers in the dealer survey, while it also received a Bronze Award for overall dealer satisfaction.

The 2016 survey encompassed a total of 39 independently researched brands, and the results were compiled from more than 1 500 responses received from NADA-accredited franchise dealers, of which 1 329 were submitted by passenger car/light commercial vehicle dealerships.

The survey is based on the answers to 50 key questions based on every facet of the relationship between dealers and their OEMs and or Distributors. Mahindra was in the top 25 percent of responses to key aspects such stock availability, vehicle deliveries, warranty payments and CSI recognition.

Compared to the 2015 survey, Mahindra moved up eight places with an overall score of 65,7 percent. It showed the most improvement of all brands as far as Dealer Communication and Customer Focus were concerned.

It also achieved a top five spot for Vehicle Distribution, and was among the top 10 brands in the Dealer Satisfaction category.

“Our performance in the 2016 NADA Dealer Satisfaction Awards highlights just one of several strategies to ensure the consistent progress of the brand in South Africa. We continue to expand and improve the Mahindra model offering, and are also placing a particular emphasis on achieving ever higher levels of dealer satisfaction which ultimately results in improved customer satisfaction,” said Sanjoy Gupta, Chief Executive Officer from Mahindra South Africa.

“Mahindra SA recently reached an important milestone when overall retail sales in SA since 2004 surpassed the 30 000 mark. We are convinced that the brand and its products have a bright future in SA.”