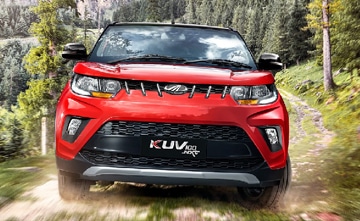 Most affordable crossover to service and repair on the market

June 26, 2019, Johannesburg. Mahindra’s KUV100 NXT topped the 2019 AA-Kinsey Report in its category, beating all other compact crossovers in the study and registering as one of the five most affordable vehicles in the overall study.

The 2019 AA-Kinsey Report, now in its 29th year, measures vehicle affordability by anonymously collecting the cost of service and replacement parts at different retail dealers and calculating the cost of the selected parts basket against the sales price of the vehicle.

In the case of the KUV100 NXT K6+, the model selected by the research team, the total parts basket cost R68 638,25. This is nearly R20 000 less than its closest competitor in the crossover segment and roughly within R5 000 of the overall most affordable entry-level vehicle in the test.

In certain categories, such as front and rear brake pads and disks/drums, the KUV100 NXT proved to be the most affordable vehicle, bar none.

“When we launched the upgraded KUV100 NXT range in October last year, we wanted to prove that you can get a stylish and modern crossover that is also one of the most affordable vehicles in the market. And we wanted to do this without compromising on safety or security,” says Rajesh Gupta, CEO of Mahindra South Africa.

Mahindra made good on this promise by offering a new entry-level KUV100 NXT K2+ at R137 999 with two airbags, ABS-brakes with electronic brake-force distribution and an immobiliser and child locks as standard. This makes it the most affordable vehicle with ABS and two airbags in the country. At this price, Mahindra also includes a 5-year/150 000 km warranty and 24/7 roadside assistance.

The company has also introduced an innovative Graduate Finance programme that allows young graduates to qualify for vehicle finance with low monthly repayments of as little as R2 199 and without the need for a credit check.

In the AA-Kinsey Report, the research team chose the K6+ 1.2 petrol-model, which includes luxuries such as air conditioning, electric windows, a fuel-saving Start/Stop system and a 3-year/50 000 km service plan as standard. This model costs R191 999.

“Since the launch of the upgraded model, the KUV100 NXT has become one of Mahindra’s best-selling models, not only to private buyers but also to vehicle rental fleets. We feel this is a strong endorsement of the brand, since fleet buyers measure affordability not only in the sales price, but in the day-to-day running costs,” says Gupta.