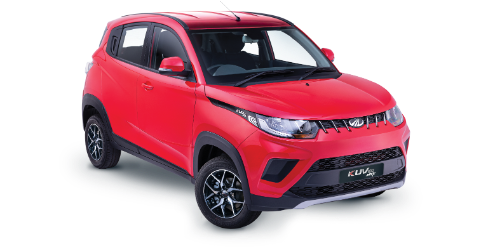 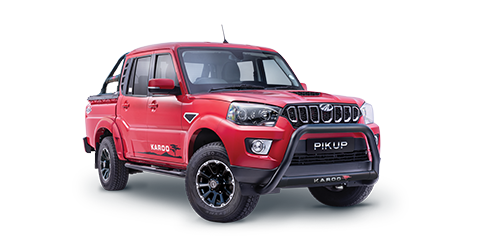 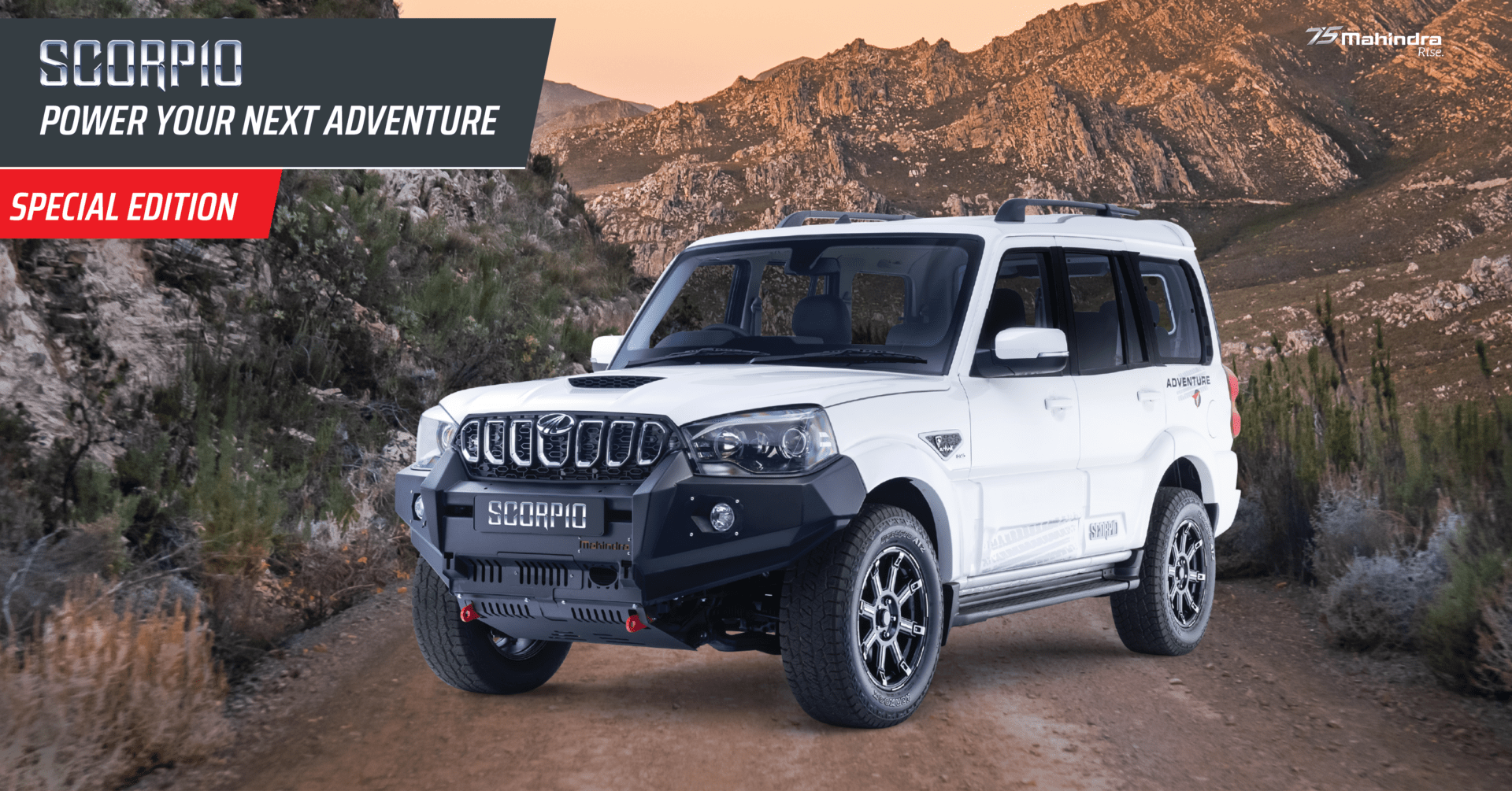 September 15 2021, Centurion. Mahindra has introduced a limited-edition Scorpio S11 Adventure for families who would like to live large and explore all that South Africa has to offer.

The new model enhances the striking looks of the Scorpio with a set of off-road bumpers and all-terrain rims and tyres, rounded off with Adventure insignia on the flanks and rear luggage door.

“The Scorpio is the first choice for families looking for a large SUV with proven off-road credentials and trusted durability,” says Rajesh Gupta, CEO of Mahindra South Africa.

“With the limited-edition Scorpio S11 Adventure, we have managed to add even more features that make the design more appealing and improve the Scorpio’s go-anywhere credentials.”

The first addition to catch the eye is certainly the new off-road steel bumpers, which were designed specifically for the Scorpio. The bumpers integrate seamlessly into the SUV design for a truly striking appearance, while increasing both the approach and departure angles.

The front bumper features a laser-cut Mahindra insignia with integrated fog lamps. Its rugged construction and anchor points on the chassis mean that serious off-road and overlanding enthusiasts can also fit other recovery gear, like an electric winch or high-lift jack.

At the rear, a matching departure bumper is fitted flush between the side-moulded bumper sections. This bumper is equipped with a tow bar as standard and is pre-fitted with recovery hooks and high-lift jacking points as well.

Rounding off the special package is a set of all-terrain tyres fitted to hardened off-road alloy wheels. The tyres are upgraded from the 235/65R17 road-biased rubber of the standard model to 245/65R17 all terrain tyres on the Adventure.

The tyres are fitted to silk-black 17” alloy wheels that are hardened and machine-edged.

Under the hood of the S11 is the more powerful version of Mahindra’s popular 2.2 litre mHawk turbodiesel. This engine delivers 103 kW (up from the 88 kW of the S10 model) and 320 Nm of torque. The power is delivered to all four wheels through a new six-speed manual gearbox, and the driver has the ability to shift-on-the fly between 4H and 2H at speeds of up to 100 km/h.

Inside the cabin, the S11 Adventure has all the luxury trimmings of its sibling. This includes electronic climate control, power steering, cruise control, a voice-command system and electric windows all round.

The S11 model also sports a new 7” infotainment system that offers greater touch-sensitivity and faster operation than its predecessor. The infotainment system incorporates Apple CarPlay and Android Auto as standard; and it features a USB and Bluetooth phone interface. The new screen also displays the high-resolution images of the in-built reverse camera.

“What has not changed, and will never change, is the value-for-money that the Scorpio offers. Like before, this big SUV offers large SUV capabilities, ride quality and space with the affordability of a compact SUV,” says Rajesh.

The Scorpio scores high on the affordability scale, not only thanks to its very high specification level, but also thanks to its mechanical resumé. The engine offers a wide spread of useable torque that peaks between 1 500 rpm and 2 800 rpm, and the ladder frame chassis ensures rock solid performance on dirt roads and off the beaten track.

The new model is available at dealers across Southern Africa at a starting price of R416 999. All models are sold with a 5-year / 90 000 km service plan and 4-year / 120 000 km comprehensive mechanical warranty.

Mahindra accelerates into a new era