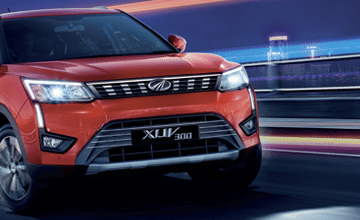 Top Performers Honoured As Mahindra Goes From Strength To Strength

Despite tough trading conditions, a softening economic climate and the looming possibility of interest rate hikes, Mahindra South Africa remains enthusiastic about the brand’s prospects in the country.

The company celebrated 11 years of doing business in SA at its recent annual dealer conference, followed by the announcement of its annual dealer awards during a glittering function attended by 150 dealers, stakeholders and business partners at Johannesburg’s Emperor Palace.

Underlining the importance of the function – and the key role the local company plays in the brand’s global planning – the event was also attended by a senior team from Mahindra India.

Delegates included Ashok Sharma, president and CEO, Agri, for Africa and South-East Asia, as well as Nikhil Madgavkar, executive vice-president and CFO of the farm equipment division and two-wheeler business.

Speaking at the event, Mahindra SA chief executive officer Ashok Thakur recognised the vital role of the brand’s 60-strong national dealer network in the continuing growth of Mahindra in SA.

“Mahindra is one of the stronger imported brands in what is widely considered one of the world’s most competitive and challenging vehicle markets – and we could not have achieved that brand recognition without the efforts of our dealer network,” he said. “We look forward to growing the network even further going into the future.”

Thakur added that the brand’s vehicle park in SA, due to reach 30 000 units during the course of this year, was a compelling measure of Mahindra’s growing local presence. “Our sales success reflects the exceptional value of our products, while our dealerships represent good opportunities for independent entrepreneurs.”

The brand’s roadmap for growth and prosperity going forward includes the release of several exciting new models, which were previewed to dealers at the conference. “From the reaction of our dealers to the new models, and our supporting strategies, it’s clear that Mahindra is set for even stronger growth, despite the unfavourable economic climate,” Thakur added.

Mahindra Bloemfontein was honoured as Mahindra’s Dealer of the Year in the Large Dealer category, while the Medium Dealer title was clinched by Mahindra Vaal. Mahindra Kimberley took the honours in the Small Dealer category.